1% Of Profits Being Donated to Plastic Oceans UK

← Go back to Shop

Life can get rough for vegans. Even though the vegan lifestyle has gotten pretty popular, the dietary needs of our animal-loving friends are still an afterthought at many restaurants and pubs. If the only vegan-friendly menu items you find are French fries and a bowl of lettuce…yeah, hard pass on that.

But there’s good news! The world of hard alcohol is a bit more forgiving. While it’s true that some alchy bevvies aren’t for vegans, many types of alcohol are naturally vegan and can otherwise be altered for people on a plant-based diet. Before you hit the pubs this weekend, take a moment to learn which drinks are vegan-friendly and which ones are secretly harboring non-vegan ingredients.

Without further ado, here’s everything you need to know about vegan alcohol. Cheers to our vegan peeps—this one’s for you!

What is vegan alcohol?

Vegan alcohol is exactly what it sounds like—alcohol that’s vegan, meaning it does not contain any ingredients sourced from an animal. And we’re not just talking about ingredients like meat and cheese. Non-vegan foods use ingredients that come from any living creature, including insects and crustaceans.

A lot of beers, wines and liquors are vegan. That is, of course, until non-vegan flavouring is thrown into the mix. We know what you’re thinking. Some wines may pair nicely with lobster, but there certainly isn’t lobster-flavoured wine! And beef in your beer? Now that’s just silly. Non-vegan alcohol doesn’t mean there’s anything like meat floating in that keg.

Unfortunately, lots of mixed drinks start off as vegan liquor…until brew masters toss in things like egg whites and dairy products. Beers get to keep their vegan status when companies spice up the brew with vegan hop blends. Other cans of vegan alcohol will up the ante with plant-based flavours from berries and citrus fruits.

It’s not just flavouring ingredients you need to watch out for, though. Alcohol that’s truly vegan skips animal ingredients both in the bevvy itself and in the filtration process. Alcohol is often filtered with natural fining agents, which are substances that remove impurities, enhance flavour and make the brew crystal clear. Vegan fining agents include Irish moss, plant proteins and a compound from clay called bentonite. Some brew masters even purify beer the good old-fashioned way by waiting for yeast to settle at the bottom. This filtration method doesn’t require fining agents at all! Unfortunately, other liquor is filtered with animal-based fining agents (like fish bladder… eugh!), making your booze non-vegan.

Sometimes it’s hard to tell if a drink is vegan. Breweries aren’t required to list ingredients or fining agents on the bottle, which means you could be slurping down booze filtered with something like fish bladder and not even realize it!

Our tip? Skip the tap altogether and grab a can of kombucha alcohol. The bevvy is completely vegan and will leave you feeling guilt-free at the end of a wild night out. The best part is that alcoholic kombucha is super healthy and packed with billions of yummy probiotics. Take that, non-vegan beer!

Imagine you’re at the grocery store. You check everything in your shopping cart to make sure the ingredients are vegan. You stroll down the liquor aisle and pluck a bottle of pinot noir from the shelf, only to find that the label doesn’t list any ingredients. Instead, it goes on and on about subtle raspberry notes, chocolate overtones and the rich soil of Tuscany. What gives?

You’ve probably noticed that most companies choose not to tell consumers what’s in their products. Some list ingredients on a voluntary basis, but it’s not required. This makes it nearly impossible for vegans to figure out which bevvies they can enjoy. Even if the alcohol provides a list of ingredients, they almost never mention fining agents used in the filtration process.

Chances are, non-vegan ingredients are lingering in that bottle of pinot noir you just bought. The most common fining agent for wine is albumin, a protein derived from egg whites. Albumin helps winemakers achieve the perfect flavour and aroma for their vino. Although albumin is removed from the final product, trace amounts of the protein have been found in some wines.

Another common non-vegan fining agent is bone char—no, we’re being serious here. Bone char plays an important role in many filtration processes by purifying sugar. Yeast has to gobble up tons of sugar in order to produce alcohol, so the quality of sugar matters. You can’t taste the bone char in beer, but it’s still gross.

Up next on the menu of non-vegan fining agents is castoreum. Castoreum is a substance that adult beavers secrete from their castor sacs. (Yuck, we know.) Oddly enough, castoreum is used to enhance the flavour of certain alchy bevvies. Despite these flavour-enhancing capabilities, vegan peeps would argue that nothing is less appetizing than that!

Various parts of fish also take part in the filtration process. For example, chitin is a polysaccharide found in shellfish. Isinglass comes from dried swim bladders in sturgeon, cod and tropical fish. It’s a type of collagen that reduces cloudiness in alchy bevvies and makes the whole process go a lot faster.

Breweries that use vegan fining agents could still add non-vegan ingredients to the final product, too. Honey is a common sweetener, and brew masters ferment it to create mead. Milk and cream are popular in mixed drinks along with their byproducts—whey, casein and lactose. And next time you pick up a bevvy with added colors, remind yourself that red dye probably came from insects called cochineal. Bleh! 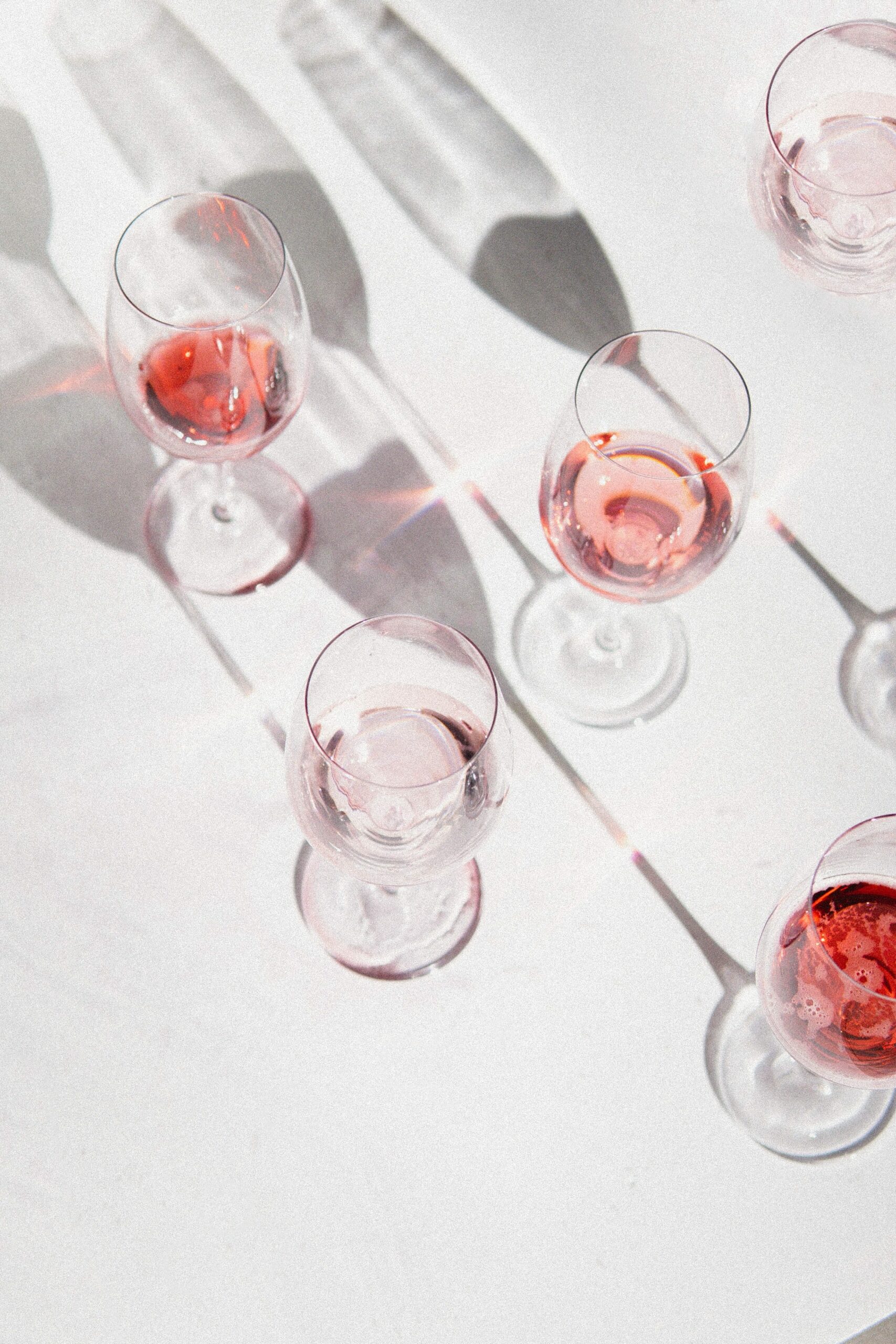 Our vegan friends are well aware of what ingredients they can’t drink. A better question would be, what CAN they drink? Lucky for you, we’ve compiled a list of vegan-friendly alchy bevvies so you always know what to order at the pub. Here’s the ultimate vegan alcohol list, curated just for you:

You’re at the pub with friends, and it’s your turn to order. What do you choose? These fast facts about vegan alcohol will help you make the right decision.

What alcohol is vegan?

Almost any spirit you could ask for is vegan. Rum, vodka, gin and more are distilled without fining agents, which means you don’t have to worry about tiny particles of fish or egg white floating in your drink! Beer and wine can also be made vegan by using dairy-free alternatives or plant-based fining agents.

Sure can! Many beers are vegan. However, it’s best to make sure the brewer uses vegan fining agents. Just because all the ingredients are vegan doesn’t mean animal products weren’t involved earlier in the brewing process.

What does alcohol contain?

It depends on what you’re drinking. Beer usually contains just water, grains, yeast and hops. Wine is made from fermented grapes, while hard liquors have an alcoholic content that’s much more concentrated than wine and beer combined. Vegan alcohol will use plant-based ingredients and fining agents, but non-vegan bevvies could contain anything from dairy products to animal substances!

What wines are not vegan?

Wines that were filtered with albumin aren’t vegan. Albumin is a protein found in egg whites, and even though albumin is removed from the final product, trace amounts have been detected in many wines. Much like liquor, wine is naturally vegan and will remain that way as long as the winemaker uses plant-based fining agents.

What is in vegan alcohol?

Alcohol that’s vegan-friendly contains a variety of plant-based ingredients such as hops, grains, almond milk, berries and citrus fruits. In order for alcohol to be considered vegan, it has to be filtered with natural fining agents like plant proteins, Irish moss and a substance from clay called bentonite. Hard kombucha, in particular, is packed with vegan probiotics that give your body a boost!

Whether you’re out on the town or hanging with friends, there’s no guarantee any of the drinks available will be vegan. Don’t worry—Boozy Boocha has got you covered! Show up to the party with a pack of hard ‘booch that vegans and non-vegans alike will love. No alchy bevvy can compare to Boozy Boocha’s health benefits, vegan probiotics and superior taste. Now go get your ‘booch on!

Stay up-to-date with all the latest BUZZ!

Sign up and fill up on our newsletter chock full of tasty offerings, delectable discounts, fruitful philanthropy, and juicy tidbits on life from your favorite Brewermasters at Boozy Boocha!